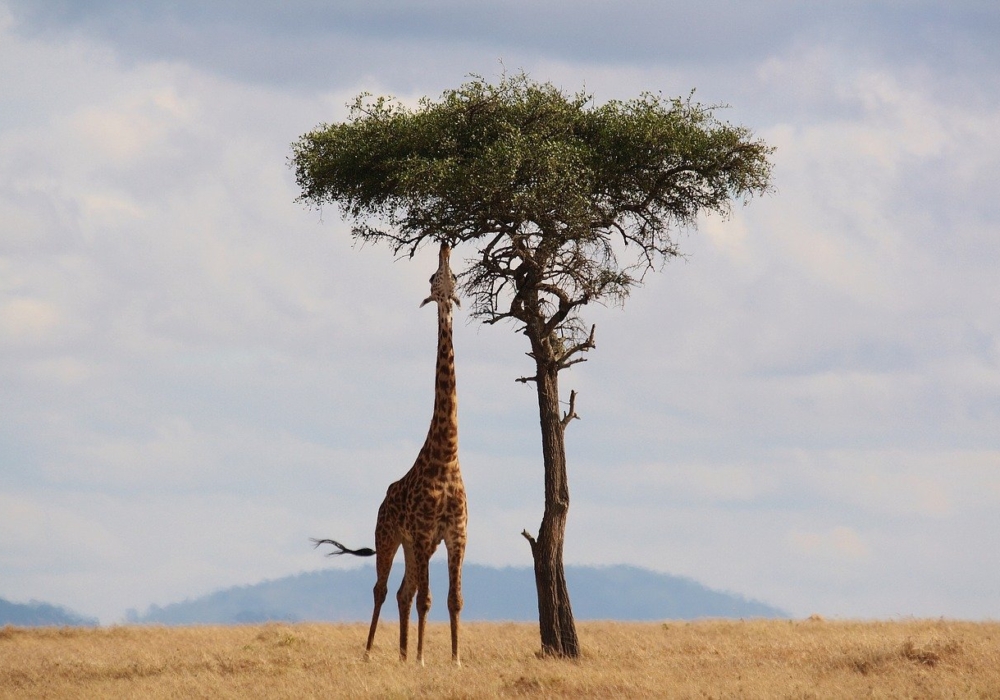 If you’ve been thinking about booking an African Safari to Kenya, then you want to make sure you don’t miss out on these seven must-do Kenya experiences.

No trip to Kenya would be complete without a trip to the Masai Mara. Arriving from the neighbouring Serengeti Plains, millions of wildebeest, antelope and zebra — and the predators that follow them — thunder through Masai Mara National Reserve between July and October during the Great Migration.

The spectacle can be viewed on game drives, airplane or hot-air balloon flights, walking or horseback safaris. Not forgetting the fascinating culture of those who traditionally live here, interacting with the Masai really completes the experience.

Found on the outskirts of Nairobi, you will find The David Sheldrick Wildlife Trust. The Foundation was founded in 1977 by conservation pioneers David and Dame Daphne Sheldrick.

This famous wildlife sanctuary rescues and rehabilitates orphaned elephants and you get the opportunity to mingle with impossibly cute baby pachyderms and feel good about supporting an important conservation organization at the same time. You can watch the keepers bottle-feed the babies and even consider adopting an orphaned elephant, giraffe, or rhino before you go, and you’ll receive regular updates on its progress.

3. Channel the Spirit of Karen Blixen

Danish author and baroness Karen Blixen (“Out of Africa”) spent 18 years in Kenya (1913-1931), living on a farm on the outskirts of Nairobi. The Karen Blixen Museum, located at her restored residence which boasts a view of her beloved Ngong Hills is dedicated to her life and times.

4. Get Licked by a Giraffe!

A wooden observation platform brings you literally face-to-face with rare and endangered Rothschild’s giraffes at the Africa Fund for Endangered Wildlife (A.F.E.W.)  Giraffe Center on the outskirts of Nairobi

Founded in 1979 by the late Jock Leslie-Melville, a Kenyan citizen of British descent, and his American-born wife, Betty Leslie-Melville. They began the Giraffe Centre after discovering the sad plight of the Rothschild Giraffe, a subspecies of the giraffe found only in the grasslands of East Africa. There are now over 300 Rothschild Giraffe safe and breeding well in various Kenyan national parks.

Feeding them — and getting licked by their long, black tongues — is part of the adventure and the sanctuary is also home to the posh Giraffe Manor hotel.

5. Visit a National Park with Skyscrapers in the Background

It makes a rewarding day trip with all the classic safari stars here, including buffalo, leopard, zebras, wildebeest, hippos, elephants, and cheetah, and you can also see some of the planet’s most endangered species at the park’s rhino sanctuary.

6. View Elephants with a Photographic Backdrop

Crowned by Mount Kilimanjaro, Africa’s highest peak, Amboseli National Reserve is one of Kenya’s most popular destinations. The name “Amboseli” comes from a Maasai word meaning “salty dust,” an apt description for the park’s parched conditions.

The reserve is one of the best places in Africa to view large herds of elephants up close. Other wildlife commonly spotted in the park includes big cats, such as lion and cheetah, as well as giraffe, impala, eland, waterbuck, gazelle, and more than 600 species of birds.

Nature lovers can explore five different habitats here, ranging from the dried-up bed of Lake Amboseli, wetlands with sulphur springs, savannah, and woodlands. Look for the local Maasai people who live in the area around the park.

Approximately 200 kilometres north of Nairobi, near Mount Kenya National Park, Ol Pejeta Conservancy is a prime place for close-up wildlife encounters. Conservation and sustainability are key here, and you can view the Big Five (lion, leopard, rhino, elephant, and buffalo), as well as other animals such as cheetah, hyenas, zebra, and hartebeest – all set against the breath-taking backdrop of snow-capped Mount Kenya.

Today, Ol Pejeta is the largest black rhino sanctuary in east Africa, and home to two of the world’s last remaining northern white rhino. You can view the wildlife on self-drive or guided tours, and entry includes a visit to the chimpanzee sanctuary.

Stop dreaming and start living. There is no better time to book an African Safari to Kenya than now! National Geographic and the Discovery Channel only scratch the surface on Kenya experiences. If you’re ready to make this travel dream a reality, then come experience this beautiful country in person. And if you love photography? Even better! We have a Kenya Photo Safari scheduled for August. Seats are limited, so inquire about joining us today!

Jody Cole Guides Us Through Her Transformative Journey
Scroll to top