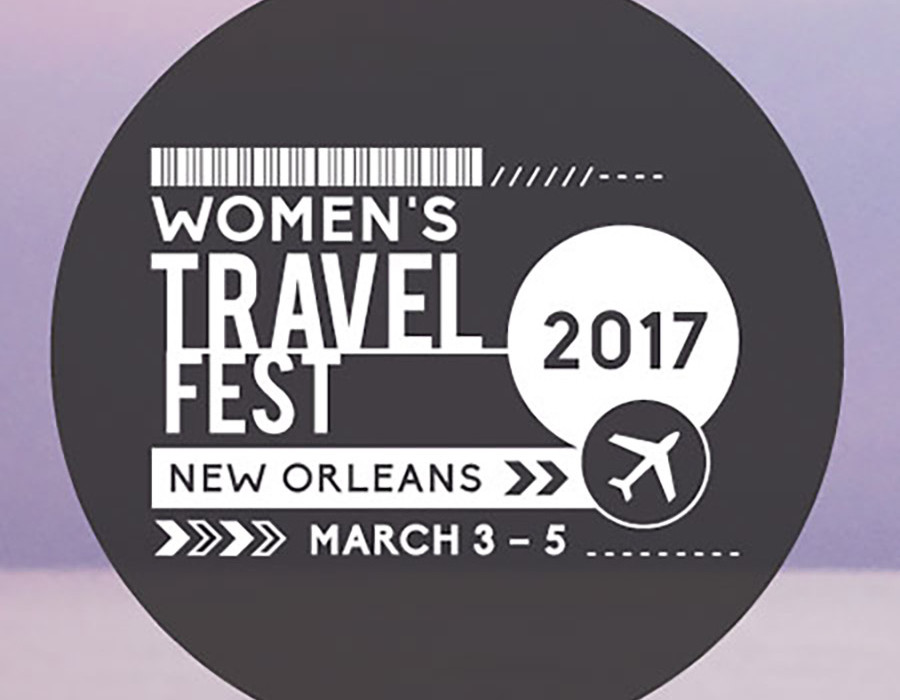 New Orleans, La
We’re Women. We Travel Solo. And We Love It!

We’ve experienced first-hand how travel transforms: Traveling gave us new careers, introduced us to incredible people, and showed us the beauty of life in a way we hadn’t felt before we stepped on a plane.

At the same time, we understand how different the travel experience is for women, and how important it is for more women to get out and live their dreams. We hear from women how they want to travel, but they’re afraid, or they don’t think they’re brave enough to go solo, or they’re intimidated by the prospect of being alone abroad.

Join us for networking, travel love and membership to a global sisterhood. It’s fun!

The Women’s Travel Fest was founded by Kelly Lewis of Go! Girl Guides, which publishes travel guidebooks for women. The idea was born in 2011 while founder Kelly Lewis was on a press trip in Thailand along with Jerri Stephenson of Do It While You’re Young.

Both women’s travel writers, the two started wondering why a festival like this had never been done, but it wasn’t until 2013, after Kelly had completed a successful cross-country book tour, that the wheels began turning.

While on tour, Kelly connected with women of all ages (from 12-82!) who were in different phases of life but were equally as interested in finding out more about traveling safely. She heard the same thing over and over again, “I want to travel, but…” and as she worked her way across the country, the inspiration and energy that came from these discussions gave her goosebumps.

After she moved to NYC and met Mickela Mallozzi and Masha Vapnitchnaia, the three recognized it was time to do this on a bigger scale, and thus, the Women’s Travel Fest was born.