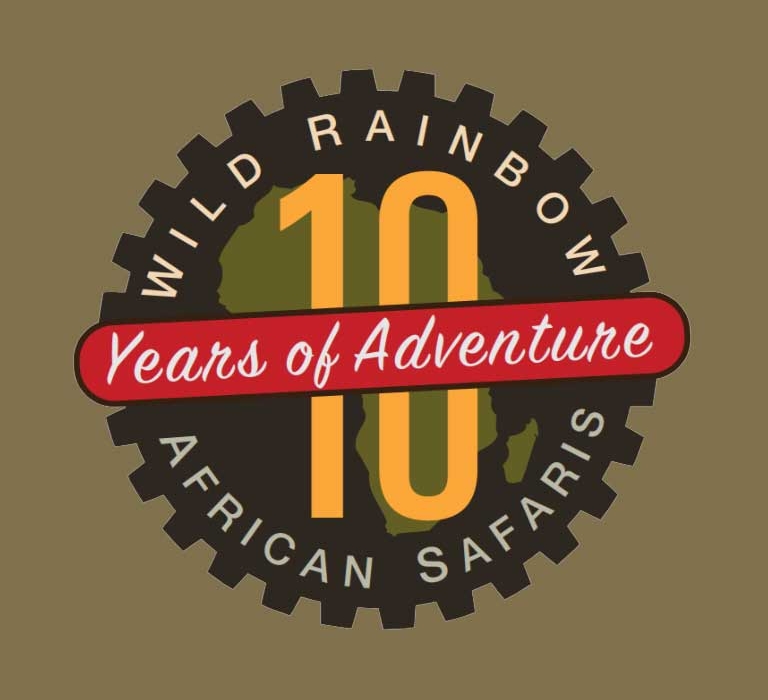 Wild Rainbow African Safaris was founded in 2004 by African safari expert Jody Cole, and the company took its first group to Africa in 2005. Since then, Wild Rainbow has taken 50 groups and over 300 individuals on safari in a total of 10 African countries and is the world’s only proudly lesbian owned and operated African safari company.

Wild Rainbow creates customized, individualized programs for its guests and offers each of its guests the opportunity to safely experience Africa and all it has to offer. Cole is one of the few American women to have achieved two of the highest qualifications for field guides in Africa, and she personally accompanies each group to help her guests maximize their safari experience.

“It has been the thrill of a lifetime to help my guests experience and appreciate the magic of Africa over these last 10 years,” said Cole. “Africa is a place that you feel in your soul. I’m very honored to have been a part of that journey with so many people already and I’m looking forward to many more great journeys over the next 10 years.”

Wild Rainbow African Safaris’ 10th anniversary year kicks off with a climb to the continent’s highest peak in January 2015 and continues on through five different countries and a total of five unique itineraries over the course of the year.

Kilimanjaro Climb and Tanzania Safari
January 11 – 30, 2015 and July 5 – 24, 2015
Join Jody and Wild Rainbow Safaris for an epic climbing adventure to the Roof of Africa. After three days relaxing and exploring at two idyllic farms at the mountain’s base, guests will spend the next eight days ascending Kilimanjaro’s awesome slopes and taking in the spectacular topography and views. The climb culminates with guests’ arrival at the 19,340-foot Uhuru Peak.

This 13-day climbing adventure is followed by an eight-day safari through some of the best wildlife viewing areas in all of Africa. With four million animals residing within its border, the Serengeti is home to wildebeest, lions, leopards, cheetahs, hyenas, crocodiles, zebra, gazelles and more. Guests will also enjoy game drives through the cool Ngorongoro Highlands and a stop at the fossil-rich Olduvai Gorge.

Zimbabwe Conoeing and Walking Safari
May 28 – June 8, 2015
There’s no better way to experience Africa than on foot and by canoe. This safari begins a game drive through the famed Mana Pools, which draw a diverse array of animals including elephants, buffalos, kudus, zebras, and impalas, and the predators who pursue them – lions, leopards, cheetahs and hyena. Guests will enjoy three days of canoeing near the confluence of the Ruckomechi and Zambezi Rivers, with three glorious nights camping along the banks in spacious, walk-in style tents with comfortable beds, fresh linens and en suite facilities.

The adventure continues with a plane and boat ride to Matusadona National Park for three days at the remote and rustic Rhino Island Safari Camp on the shores of Lake Kariba, the world’s largest reserve. Guests experience an authentic African bush camp that merges colonial luxury with ancient tribal style in the Zulu warrior hunting grounds of Somalisa Camp in Hwange National Park. Begin or end this trip with an optional day at the iconic Victoria Falls for a trip that’s truly beyond your wildest imagination.

Rwanda Gorilla and Tanzania Safari
June 11 – 21, 2015
This unique safari brings guests up close to the fascinating mountain gorilla and golden monkeys on invigorating hikes through dense, orchid-lined forests in and around Volcanoes National Park. Visit noted gorilla expert Dian Fossey’s research center and tomb and learn why she was so fascinated these gentle creatures.

Shifting focus, the safari turns to Tanzania’s famed Serengeti National Park for sightings of the Big Five – the African lion, leopard, rhinoceros, elephant and Cape buffalo – as well as many other animals in one of the world’s greatest wildlife spectacles. The adventure concludes at the world famous Ngorongoro Crater, often described as the Eighth Wonder of the World, where guests will spend two nights at the Ngorongoro Sopa Lodge perched on the crater rim.

Kenya and Tanzania Safari
June 22 – July 2, 2015
In the shadow of Mount Kilimanjaro, guests on this safari explore the wild Maasai plains of Amboseli National Park where they will see a wide array of wildlife within the park’s diverse terrain, including elephants, baboons, lions, cheetahs, rhino and over 400 varieties of birds.

In this safari straddling two nations, guests will also explore the wonders of Ngorongoro Crater, known as “Africa’s Eden,” where all the area’s fauna gather to drink and carnivores come to hunt their prey. This wildlife-viewing adventure ends in the Serengeti where guests might see the endangered black rhino and retired bull elephants. All along the way, enjoy rustic, comfortable camps with friendly, knowledgeable staff and a cornucopia of delicious food.

South Africa Walking Safari
September 7 – 16, 2015
Enjoy the myriad of wonders, urban and off-the-beaten path, that South Africa has to offer on this diverse safari. The journey begins in Johannesburg and continues on to Hazyview’s Hippo Hollow, an excellent base of operations for visitors to Kruger National Park. Guests may see the elusive leopard and the charming dwarf mongoose, as well as cultural activities including a traditional Shangaan dance. This visit includes up-close-and-personal time with the majestic elephants, from brushing and cleaning them to a ride on their backs through the lush bush.

From there, the adventure moves on to Klaserie Private Nature Reserve, where guests will enjoy two nights at Angela’s Camp, an intimate, cliffside safari lodge overlooking the Klaserie River. The flora, fauna and insecta rustle, roar and buzz all around in this diverse wonderland. Following a visit to Timbavati Private Nature Reserve, the group returns to Johannesburg for a last evening together at the modern and stylish Rosebank. The final morning concludes with an insightful Soweto tour, home to legendary leader Nelson Mandela from 1946 to 1962.

“At Wild Rainbow African Safaris, every one of our trips is unique, just like our guests,” said Cole. “Whether you’re gay or straight and traveling alone, with your partner or with friends, we pride ourselves on creating an environment where you’ll feel safe, welcome and at home. We take the worry out of planning an African safari to maximize the experience for you.”

For reservations and additional details on any of the above safaris please contact Wild Rainbow African Safaris at +1-800-423-1495 or www.wildrainbowsafaris.com.

Since 2004, Wild Rainbow African Safaris has created custom adventures in Africa for its travelers. Wild Rainbow African Safaris is owned and operated by Jody Cole, one of the few American women with two of the highest certifications for field guides in Africa: Certified Level 2 Field Guide and Trails Guide from the Field Guides Association of Southern Africa. Based in Sacramento, California, Wild Rainbow offers every one of its guests the opportunity to safely experience Africa and all its delights, from five-star luxury lodges, mobile-tented camps and safaris to cultural exchanges and Cape Town nightclubs.