If Covid has done anything it has given us time. Illusion or not here we are almost 9 months after the first cases in the US followed by the national shutdown in April. During this time, you have probably done at least one of those “someday” projects. After all, “someday” was delivered on a rather unwelcomed silver platter. Feeling a bit ripped off by the state of things I managed to settle into the new routine pretty quickly comforted only by the fact that this time I was not in this alone because about a billion or so of my closest friends where in the same soup. In fact, send me a note to let me know how you have spent this time. 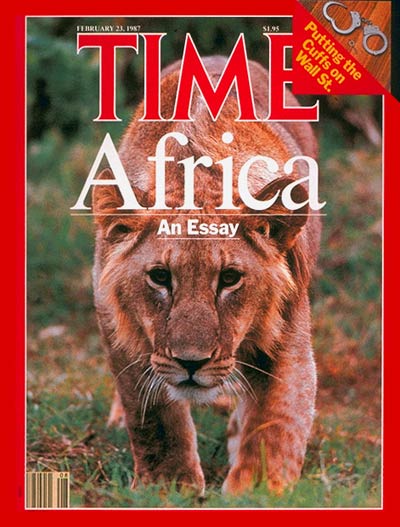 I’ve taken advantage of this time to sort, purge and organize. Which then lead me to feverishly research odd bits of information on Africa, tidbits of knowledge that would fill those quiet moments on safari when guests are nodding off in the back of the vehicle. All in wild anticipation of getting back to the continent soon. Truth be told I’m kind of a nature nugget nerd anyway. So, this time was secretly welcome. I’m always looking for something interesting to share with our guests. You just never know when someone might ask how many teeth an aardvark has… I need to be ready. (Roughly 26, BTW)

While going through these boxes I’ve found some pretty cool things… in particular a precious issue of TIME Magazine from February 23, 1987. The cover story: Africa: An Essay, beautifully written by Lance Morrow. This was dated exactly 11 years before my very first trip to Africa. Rather auspicious if you ask me. I don’t even remember saving this magazine, fate “knew” what she was doing.

This article got me to thinking that during this Covid period of time wildlife worldwide has had a much-needed respite from constant human interference. Their behavior has become less cautionary and more relaxed in their natural habitats. Kenya’s Amboseli National Park announced nearly 22 new baby elephants born in the park recently. 22! And all are thriving. In fact, Kenya was so excited that the government has just announced that it will officially host the first annual Magical Kenya Elephant Naming Festival for August of 2021.

In South Africa’s Kruger National Park animals that typically cross the road at night to avoid traffic on their way to water have been “hanging out” on or by the side of the roads feeding on the undisturbed vegetation in broad daylight. The Mara River which separates the Serengeti in Tanzania from Kenya’s Masai Mara is currently witnessing some of the largest wildebeest crossings in history of a 1000 at a time, as opposed to the “normal” times when maybe a group of 300 would attempt the crossing to graze the greener grasses on the other side.

But I digress from the actual point I want to make:

The Time article was written to make clear the need to respect and preserve what Africa has to offer in the face of unbridled poaching and cultural vs commercial clashes. Not much has changed since 1987 in this regard except that tourism is often among the top 3 GNP earners for safari destination countries (East Africa: Kenya, Tanzania, Uganda and Rwanda. Southern Africa: Zambia, Zimbabwe, Botswana, Namibia and South Africa.) Other countries are emerging as safari/tourist destinations as well, (See our Chad departure in April 2021). So, it is in the respective government’s best interest to keep their national parks and wildlife areas under surveillance and protection at all times. However, without tourists these last many months poaching has increased slightly, and in addition there has been no income for the government to pay security teams, anti-poaching teams and so on to protect these countries most valuable natural resources: their wildlife.

What’s my point? Tanzania and Kenya have opened up to tourism already. Other countries are watching. The word on the street is that other countries, desperate to recommence tourism and bring much needed dollars back to the communities, will be opening sooner than we think. With new safety measures in place, the industry is preparing for an unprecedented demand for booking inquiries for departures in late 2021 and early 2022. If you are in the slightest bit interested in getting to Africa to satisfy that long held dream of Africa, then I suggest we chat sooner rather than later.

So here’s the deal if you are super hungry to get back or to go for the first time then I want to help make this happen with a reduced deposit of only 15% (instead of our customary 30% deposit) to hold your spot on any of our trips through the end of 2021. All of our other booking conditions still apply though. Things are booking up, and we will announce a couple new trips within the coming weeks. So, I would suggest snagging this offer now. 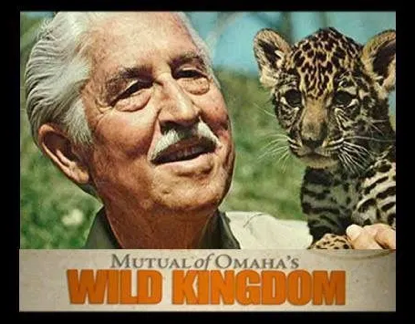 The Africa of Marlin Perkins and Sir Richard Attenborough does still exist but with some upgrades: WIFI at even the remotest of lodges, flushing toilets in canvas tents, and meals you’d expect from the finest of Michelin rated restaurants. You’ll see we’ve been busy with our website, safari offerings and other odd bits. Take a look. We are proud to be the go-to safari company for the LGBT traveler, your family and friends.

I miss doing what I love most… showing YOU Africa. I want to help you get there. Mention this blog and the 15% deposit in your email. This is for 2021 only.

Once we’re on safari feel free to test the “Nature Nugget Nerd!” We both might learn something, like why is crocodile poop white??? (I’ll leave this one for your homework.)

As of the writing of this blog I am on a plane to Tanzania and then Kenya for 3 weeks, without guests, to conduct site visits at our favorite lodges and to see for myself the staff training and safety precautions put in place to protect safarists from the covid virus.

Finding Comfort in the Covid-19 Crisis